In a small town not too far away from here, there lived a little boy named Tyler. Tyler was a curious and playful child that loved playing with his friends and solving mysteries. All his books, video games and magazines involved something to do with mysteries, detectives or fun riddles.

Tyler was just like all the other kids at school, he studied hard, loved to play and couldn’t wait for the weekend. Just as all of them, one weekend, Tyler and his friends decided to go on a bike ride around town. They got up early and went up their usual route. 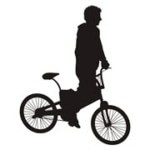 When they reached the end of their route, one of Tyler’s friends said “Let’s rest a bit and we’ll go back.”
“What do you say we go a bit farther this time?” – Tyler asked.

His friends weren’t that thrilled, but decided to go anyway. They rode their bikes for a few minutes until they turned a corner and saw something very beautiful and scary at the same time. Tyler and his friends saw a big beautiful house on the corner. It had a big yard and at least 3 floors. It looked like a mansion, but it was clearly deserted. The grass had become yellow, the trees were very old and the plants had all withered away. The windows were closed shut except the front door which was open wide. As always, Tyler couldn’t help but wonder why was the house deserted? How can such a beautiful thing be left to rot?

When Tyler went back home, he asked his parents about it. They didn’t know anything about it, so he went to his grandmother.

“Well Tyler…” – she said, “A long time ago, when I was a child, in that house lived the richest family in town. They had several factories all over the country.”
“Why did they desert the house grandma?” – Tyler asked curiously.

“At night, when the family went to sleep, the front door would open and stay like that until the morning.

They locked it several times, called the police and waited for countless nights to see who opens the door, but never figured it out. They even poured flour on the ground, but there were no footprints. The door opened, but nobody went in or out. And nothing was ever missing. I guess the door opened by itself somehow. There is no other explanation. After a while the family started to become scared and moved away. Ever since, nobody wanted to buy the house. That’s why it’s deserted. Very creepy, don’t go near that house Tyler, you
hear me?”

“Yes grandma, thanks!” – said Tyler as he left.

The little boy had to solve that mystery. He was eager to find out more, but no matter whom he asked, he always got the same answer and the same story. The only thing left to do was go and find out for himself. The next day, Tyler went to the house, entered the gate and shut the front door. When he went back, the day after that, he saw that the door was open wide. Tyler realized that it was still happening.

Tyler thought about it day and night, but couldn’t think of a reason the door opened by itself. He lay on his bed one night, thinking about the mysterious house when he jumped up and yelled “Unless it didn’t open itself!”

“Oh Tyler, I knew you wouldn’t leave it alone.” – said his father, “And I know you won’t until you solve it, so tell me, how can I help?”

“Get the keys and we’ll meet in the car. Can you take me there?”

“Sure, better with me than without me, right?” – said his dad and went to start the car.

Tyler took some of his beach sand he had in a jar and his camera he got for his birthday. When Tyler and his father arrived, the front door was open, as usual. Tyler poured the beach sand on the door step, put his camera on the floor and pointed it straight at the sand.

“Shouldn’t you point the camera higher Tyler? Or you are interested in their feet?” – asked his dad jokingly.

“They tried that, it didn’t work. I am interested in the sand.” – said Tyler got in the car. They left the door open and went away.

The next day, Tyler and his father went back to get the camera and went home. Tyler watched the tape very closely and saw it! He was right! The little boy jumped up and down with happiness while his parents looked at him with wonder.

“What happened Tyler? We didn’t see anything.” – they said.

“They never found any footprints, because he has no feet! IT’S A GHOST!” – yelled Tyler. “It must be cold at night and just goes there to sleep. That’s why nothing ever went missing and no damage was done. It’s a good ghost. The family had no reason to be scared or leave.” 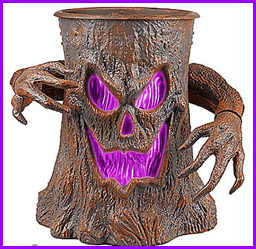