Vampire Bats – Are They Really Monsters?

Vampire Bats – Are They Really Monsters? 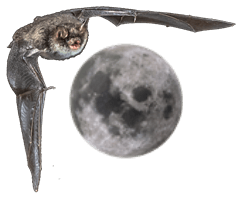 When the night creeps in and you’re asleep, vampire bats are gliding through the night to find their next meal. They sleep during the day in total darkness suspended upside down from the roofs of abandoned buildings, mines, tree hollows, and dark caves, emerging at night to stealthily search for food.

So, what do vampire bats eat? Are they dangerous to you? And are they as terrifying as the vampires that they were named after? We’ll find out.

What are vampire bats?

Vampire bats are somewhat similar to the legendary monsters from which they got their names. They are carnivores and their diet consist of blood – for both food and water. This liquid diet is called hematophagy. Adult vampire bats feed from other animals such as cows, pigs, horses, and birds. Though uncommon, vampire bats have been known to bite humans in search of blood. The heat sensors in their noses make it easy for them to find just the right spot to pierce to get to their food.

Vampire bats are classified as mammals.  They are generally found in the tropics of South and Central America, and Mexico. While there are over 1,300 species of bats, there are only three species of vampire bats. These are the:

These bats have an average lifespan of 9 years and can live up to 12 years. A vampire bat is light, averaging between 0.5-1 ounce which can double in just one feeding. They can fly up to 10 miles per hour, but, unlike other bats, they are also able to run, walk, and jump. Just like other mammals, the young vampire bats feed on milk. They do so for about three months before starting to drink blood.

Contrary to the belief about vampires sucking blood, technically, vampire bats do not suck blood. Instead, they make a small cut with their razor-sharp teeth. Then, they lap at the blood with their tongues. Their saliva keeps the blood from clotting so that they can feed. Vampire bats can feed for up to 30 minutes on an animal without waking it up because of how agile and light these bats are.

Vampire bats need to feed nightly. If they go for more than two nights in a row without eating, they can die. But, sometimes, other bats will help. Bats that have eaten well can regurgitate blood and feed those that haven’t been able to feed. This is one of the areas where they are different from other bat species. Though they live in a colony that can sometimes be in the thousands, vampire bats are considered caring creatures. They won’t let others die if they can help. And if the mother of a young vampire bat does not return, then other females in the colony will step in to take care of the young bat.

The bites from these bats aren’t usually harmful. Even though they generally drink for 30 minutes at a time, they don’t take enough blood to harm the animals. But, their bites can cause diseases and infections. For example, vampire bats can spread rabies with their bites which is harmful to the animals they feed on, especially cattle.

So, you can see that vampire bats aren’t as frightening as we think. But, you still have to be careful, especially if there’s a farm near to their colony.