Halloween and misbehavior have intricately been linked since the time of the great Celtic tradition of Samhain. This was a harvest festival which was held at the end of summer and beginning of winter in Northern England. At that time there was a belief that the spirits of the dead returned and damaged crops and played tricks on the living. When the Irish and Scots migrated to America in the 1800 hundreds they brought these traditions along including good natured misbehavior.

In America youngsters have been pulling pranks on Devil’s Night which is on 30th October for a long time. In became known as Mischief Night when “tricks” were played and Halloween was the night reserved for gathering “treats.” At first it was just unhinging farmer’s gates and letting livestock out, throwing eggs at houses, leaving rotten vegetables on porch stoops or smearing them on doors and windows and ringing doorbells. Since pumpkins were a plenty at this time of the year in America Halloween ‘tricks’ graduated to smashing pumpkins and strewing them all over the lawns of homes.

It seemed to fulfil kids’ innate destructive behavior or maybe the devil or the dead spirits got right into them just then! In fact Devil’s Night even went beyond pumpkin smashing and acts of vandalism and arson became so common that it was called the Halloween ‘problem’ as some of the pranks were downright dangerous and unlawful and carried out by gangs.

Pumpkin slingshot events or Pumpkin Chucking or even Punkin Chunkin is a recent sport event of hurling or ‘chucking’ a pumpkin solely by mechanical means to the furthest distance possible. Slingshots, catapults, centrifugals, trebuchets, and pneumatic cannons are used to chuck pumpkins. The ides began in 1986 in a blacksmith shop owned by John Ellsworth. 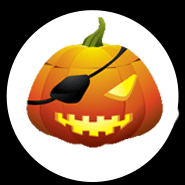 Trey Melson, Bill Thompson and Donald “Doc” Pepper began punkin chunkin after reading about a physics class that used pumpkins to figure out energy and mass.
They decided to try pumpkin slinging so on 1 November 1986 three teams met in a field. Melson and Thompson were one team, Brothers, Chuck and Darryl Burton’s were team two, and John Ellsworth and Don Pepper made up team three. The first team had a wooden bow powered by springs, the brothers had a catapult and team three used a sling like contraption to throw 8 to 10 pound pumpkins without using explosives as the pumpkins had to come out whole. Melson and Thompson became the first winners.

In 1987 the event got some newspaper publicity and this time there were eight teams and prizes were offered. By 1989 the event was given the title of “World Champion.” Since then the event has become known as the annual World Championship Punkin Chunkin in Bridgeville, Delaware and has now come to include women’s and children’s teams. Beside pumpkin slingshot events the three day festival also features other activities like cooking contests, Saturday night fireworks and a Punkin Chunkin Pageant that with age divisions so it’s now Holiday fun time.

All our Topic Categories