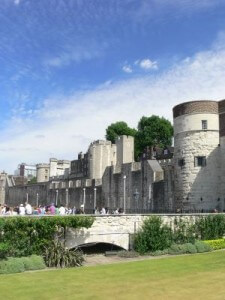 Haunted London, is a tourist industry. You can tour during the day and after dark if you are so inclined. Most of the ghosts in London wear clothing of a bygone age, which makes one wonder if there are any modern ghosts in the city.
London has more ghost sights per square mile then any other city on the planet. The older London districts of course have more ghosts. There is Jack the Ripper. You can take a tour that stopsat all the points of his most heinous acts.
There is of course the Tower of London. There is a whole video
on Netflix about this one. I saw it and it is indeed quite entertaining. There is also a whole series of videos about other aspects of the Tower of London.
Berkeley Square, the Admiralty House and the Bank underground station are other haunts for ghosts in London.
Some of the London hotels also have ghosts, try the Langham Hotel built in 1865 (a five star hotel with ghosts), the Georgian House Hotel built in 1851 (has children ghosts), Macdonald Berystede Hotel and Spa which is 45 minutes from London. The Macdonald House was built over a 19th country house that burned down in 1836 and sports a Blue Lady, Eliza Kleininger who died in the fire.
Halloween is popular in England and there is trick or treating and ghost walks.
Try taking a walking ghost tour of London, or try a tour like London’s Ghosts and Ghost Tours